Enter your City name or Pincode

Located in the Panna district of Madhya Pradesh, Ajaigarh is a town and nagar panchayat. It served as the capital of princely state of Ajaigarh during the British rule. The city is close to Khajuraho and has a rich cultural heritage. Ajaigarh Fort happens to be the major attraction in the city attracting tourists from all over.

With geographical coordinates of 24° 54' 0" North, 80° 16' 0" East, city enjoys a relatively nice weather all-round the year. While May is the hottest with highest temperature hovering around 42 °C, January is the coldest with lowest temperature to the scale of 9 °C. The best time to visit the city is December – March. City has a decent literacy rate of 59 percent compared to the national average of 59.5 percent. The city is easily accessible by rail, road and air, Khujaraho airport being the nearest one.

The city was founded by Guman Singh, a bundela Rajput, in the year 1765. In 1809, it was captured by the British and transformed into a princely state. Post Indian independence, state acceded to the Government of India on Jan 1, 1950 and later became part of the Indian state Vindhya Pradesh that was later merged with Madhya Pradesh on November 1, 1956.

With a rich cultural heritage, city boasts about Ajaigarh Fort that is situated on a steep hill. There are many temples with beautifully carved sculptures that speak about city's rich cultural heritage. The rural city is well built and its architectural excellence speaks well about the golden times of Chandela dynasty.

Situated very close to Khajuraho, city is home to local as well as foreign tourists who travel here to witness the architectural magnificence. There are many famous places here including Ajaigarh Fort and many temples that people love to visit. The magnificence of Ajaigarh lies in its historical forts, divine temples and kingly mansions that are worth visiting on anyone’s visit. The Ajaigarh Fort is one of the most most popular attractions here that speaks about the engineering skills of Chandela rulers. It stands on the mighty Vindhya range and is around 1110 meters tall. If anyone is planning a short vacation to be spent royally, Ajaigarh Fort is the best destination. Panna is another major attraction near Ajaigarh that is famous for its wildlife and jungles. 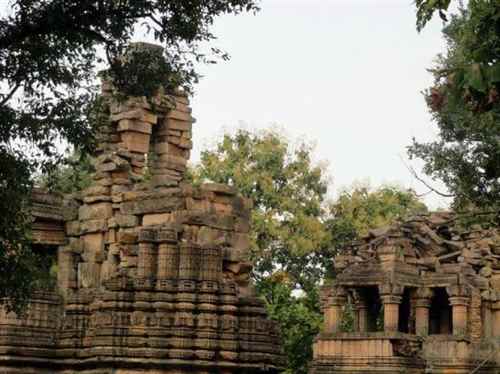 Located in the Ajaigarh Tehsil of the Panna district of Madhya Pradesh, Ajaigarh Fort is a must visit for all history and art lovers. It stands at an average altitude of 1111 meters on a flat hilltop and is bordered by the Vindhya Hills providing a stunning view of the Ken River. The architectural beauty of the fort speaks well about the Chandela dynasty. It is believed that the fort was constructed by the rulers when their power was declining to protect the natives from attacks and encounters of enemies. Originally the fort had five gates, but now it has two gates, namely Darwaza and Tarhaoni, and two temples. There are two rock-cut tanks, known as Ganga and Yamuna, near the northern gate. There are also three ruined Jain temples traced here that were built in Khajuraho style. The fort also houses the famous lake, Ajay Pal ka Talao. One can also witness the sculptures of goddesses in row formation called Astha Shakti.

The Fort is easily accessible by road, rail or air. While one can hop on a flight to reach the nearest airport of Jabalpur, the nearest railway station is Satna. If one is travelling by bus, Ajaigarh is the nearest bus stop. Being just 80 KM from Kahjuraho, Ajaigarh Fort is a must visit to explore the rich historical past. Definitely a must destination to be included in anyone's itinerary.

Utilities and Services of Ajaigarh

Although a rural town, Ajaigarh boasts about providing residents all kinds of modern amenities. Be it banks, hospitals, postal services or anything else; one can easily find all these services available here. To ensure a comfortable stay to the tourists, there are many good hotels in the city. One can easily book a hotel online before his travel. Listed below are some common services in the city.

Are you a Business Owner?

Add the products or services you offer